‘Affiliation’ is a word that is in my working vocabulary and means, according to the Cambridge Dictionary, ‘a connection with a political party or religion, or with a larger organisation’. I recently learned about another use of the word ‘affiliation’ which helps me to have a better understanding of women’s entrepreneurship and explains why organisations such as WBII are needed and continue to thrive.

Need for Affiliation
According to extensive research by the respected Harvard psychologist Professor David McClelland and his followers around the world, women tend to have a greater need for affiliation. As used in the field of psychology, we understand that affiliation refers to the need and desire for women to be together, and to share and support each other. Furthermore, this need for affiliation many be particularly important during more stressful situations.

Psychologists are not sure if this in an inborn or acquired need, but the result is that, especially when things are uncertain (for example, having a new baby, starting a new job, etc.), it has been shown that women in particular like and need to be together. This also applies to becoming and being an entrepreneur, another uncertain time for many women.

With women currently representing only 1/3rd of all entrepreneurs in the Netherlands and Europe, and the potential economic benefits of women’s entrepreneurship recognised as being a huge ‘untapped resource’, this stronger need for affiliation alone is a reason to have special programmes for women entrepreneurs. In fact, when Suzy Ogé started the WBII nearly 14 years ago, one of the reasons that she gave is that she wanted to have her own business, but needed also to have a community around her, and so the WBII was born.

Starting a business can be stressful
It has been demonstrated that women have traditionally been held back, for a number of reasons, from starting their own businesses, especially where society traditionally mainly valued the place of women in the home. Because of this tradition, starting a business may be more stressful for women. This need to band together also explains for me why there are so many women’s entrepreneurship organisations, both formal and informal, throughout Europe, and around the world, giving the word ‘affiliation’ a fresh, new meaning for me. Becoming and being an entrepreneur is facilitated, is more interesting, and/or more enjoyable when women are engaged together with their sisters.

Many of the women who are members of these organisations are working in positions where few women may have worked before. They need guidance and want to be in touch with others who have worked their way up. These groups are frequently small and operate on a shoestring, but still find ways to continue, simply because the need is there. In the case of the WBII, the fact that many of our members are internationals, who may be unfamiliar with Dutch language and culture, means that the need for affiliation becomes even more important.

Supporting the entire spectrum
Perhaps when a business is more mature, and when women entrepreneurs are more sure of themselves, they may have less of a need for affiliation. But affiliation can also be a rewarding source of support at a more mature stage of business growth, including as an opportunity to give back and share our know-how with others who are new or younger than we are. Affiliation is fundamentally about enjoying each other’s company and learning from each other, which is actively facilitated in entrepreneurship organisations such as WBII. The WBII board recognises the need to support our members who may be at different points in the spectrum of business start-up and development, and we always appreciate your suggestions! 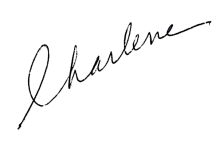