This month, Charlene reviews the EU recovery plan through the lens of gender equality and shares how the Women Entrepreneurship Platform (WEP) is proposing to raise awareness of discrimination within the plan at the G20 in March.

Although the recovery plan will support resilient, greener, digital economies it does not address or recognise women’s issues. Moreover, the Netherlands is one of 15 countries yet to implement gender budgeting – a proven important factor for economic growth, employment and social cohesion. The WEP is calling for transparency, integration of gender equality and robust measures to improve the status of women and support female entrepreneurship.

Addressing the needs of women in recovery

Browsing the synonyms for ‘recovery’ turned up, among others, ‘rescue’, ‘salvage’, ‘recuperation’, and ‘revival’. Any and/or all of these actions would be most welcome in 2021, especially after the challenging, infamous ‘Covid-19’ year.

Having witnessed the difficulties that many women have faced as a result of the 2020 pandemic year, the question we may be asking ourselves is, whether or not women entrepreneurs are in a good place, and capable of supporting a strong, renewed recovery to our economy.

Optimistically, perhaps women entrepreneurs even have a special role to play in this regard. The topic of Gender Budgeting is a good place to start. The WBII is a member of the Women Entrepreneurship Platform (WEP) based in Brussels, and they have proposed this topic for discussion and consideration at the upcoming G20 meeting in March in Italy.

Issues with the EU Recovery Plan

On 10 November 2020, the European Parliament and EU Member States, with the support of the European Commission, reached an agreement on the largest package ever financed through the EU budget, of €1.8 trillion. Following the corona virus crisis and its consequences, the package is intended to help rebuild a greener, more digital and more resilient Europe, which is prepared for current and upcoming challenges. The budget for 2021-2027 is €1.074 trillion combined with a temporary recovery instrument of €750 billion. More than 50% of the amount will support modernization through policies that include research and innovation, fair climate and digital transitions, preparedness, recovery and resilience, and a new health programme. EU funding programmes also affect the Netherlands, and women entrepreneurs.

However, after examining the Recovery Plan in more detail, it is WEP’s opinion that the proposed plan jeopardizes gender equality overall. There is neither explicit reference to gender equality issues, nor to topics addressing the challenges faced by women. This is particularly noteworthy when taking into account that the ERI (European Recovery Instrument) is the key funding tool for the entire EU Recovery Plan which “strictly limits” the scope of use of the funds.

The Recovery Plan, for example, does not recognize the important care function for which women are frequently responsible. This may include childcare, and short- or long-term care for different groups, such as the elderly or disabled. Nor does it include attention to social and welfare investments, which are key measures needed to recover, strengthen resilience and promote gender equality. Finally, by not doing more to repair the huge gap in digitization, which affects women’s job opportunities, income, and social security, the Recovery Plan will do little if anything to improve existing conditions. By failing to adequately assess these potential gender implications with gender impact assessments, programs carry a significant risk of exacerbating existing gender inequalities.

Gender mainstreaming is defined as: “…the systematic consideration of the differences between the conditions, situations and needs of women and men in all policies and actions” (EIGE). It involves gender consideration in the preparation, design, implementation, monitoring and evaluation of policies, regulatory measures and spending programs, in order to promote equality between women and men, and combat discrimination.

The application of gender mainstreaming in the budgeting process is called “gender budgeting”. This is, according to the Council of Europe, “a gender-based assessment of budgets, which incorporates a gender perspective at all levels of the budgetary process, and restructures revenue and expenditure in order to promote gender equality”. Gender budgeting requires a strong political commitment over successive administrations, effective implementation tools, and a supportive ecosystem to be effective to work properly. It involves understanding the differences in the impact of a budget on men and women, and subsequently creating policies to remedy inequalities. The goal of gender budgeting is to build a process that produces gender-sensitive budgets. An example of the gender budgeting process would be to look at ways in which cutting funding for childcare services can have a disproportionate impact on women, who tend to provide more unpaid work at home, by reducing productivity (if women are forced to leave paid work if childcare is not funded).

Canada is a world leader in gender budgeting, and in 2018, passed the Canadian Gender Budgeting Act, enshrining the Government’s commitment to decision-making that takes into consideration the impacts of policies on all Canadians in a budgetary context. And while there is certainly more to be done in terms of implementation, the foundation is there, as presented on the Canadian Government’s website:

“The Canadian story is one where all people, from all backgrounds, come together for a common good. When everyone can contribute their perspective, skills and insights to the social and economic progress of Canada, the country is enriched. Those shared values of cooperation, fairness and respect for all persons underpin the Government’s commitment to greater equality in Canada. When every Canadian has the opportunity to succeed, all Canadians benefit.”

A number of other countries have instituted Gender Budgeting: 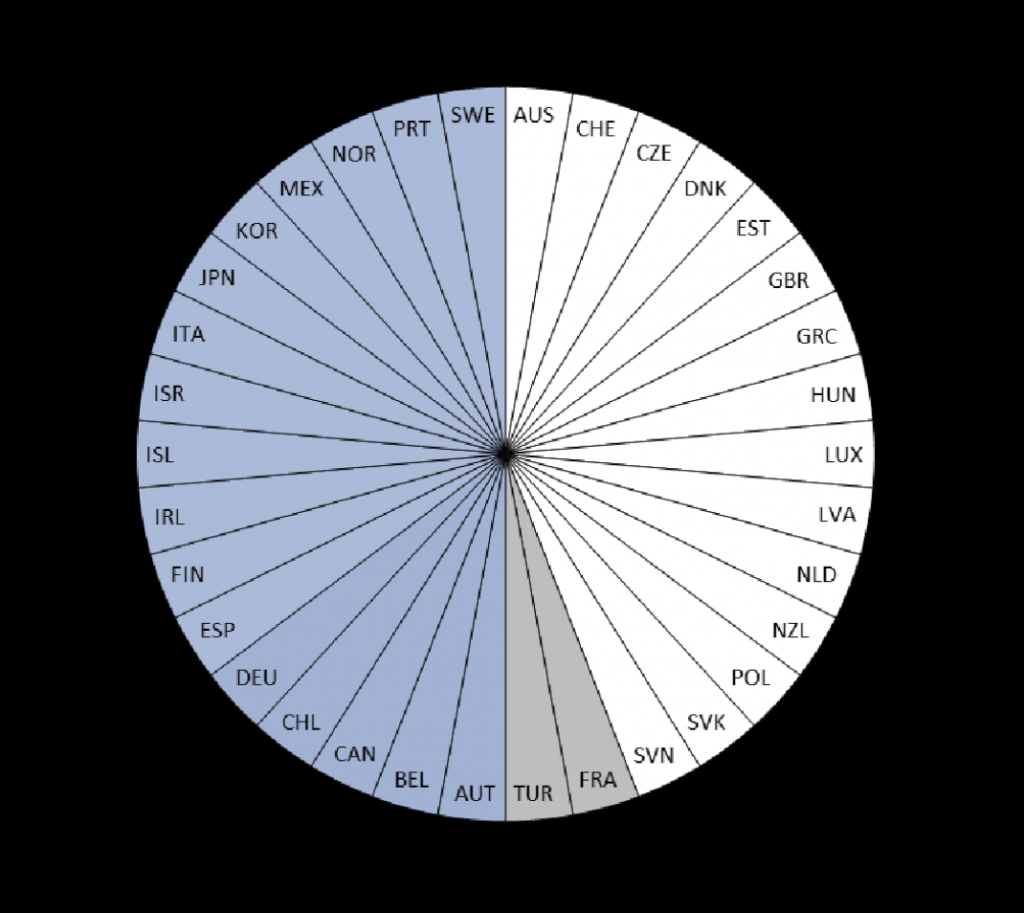 The Netherlands (NLD) is shown as a country that has not adopted gender budgeting, and further research has confirmed that it is not a standard procedure in Dutch policies (Policy on Gender Equality in the Netherlands, DG Internal Policies report to the EU Parliament FEMM Committee, 2015). The Netherlands is in the same company, in this regard, as Hungary, Poland, and Austria, countries where womens’ rights have been suppressed. Furthermore, as a comparison to other countries, Canada also announced in 2018 that the office of ‘Status of Women Canada’ would become a Federal Department named Women and Gender Equality Canada (WAGE), with a Minister of Women and Gender Equality reporting directly to Parliament. In the Netherlands, topics related to gender equality are handled out of different ministries.

Follow the money: Why is gender budgeting important in the European Union, and in the Netherlands?

Gender budgeting is necessary to achieve the EU’s growth, employment, and social cohesion goals. At the EU level, there is a legal and political basis for gender budgeting. For example, studies clearly show a link between greater gender equality and higher employment growth.

“Evidence confirms that improving gender equality would generate up to 10.5 million additional jobs by 2050 and the EU employment rate would reach nearly 80%. The EU’s per capita gross domestic product (GDP) would also be positively impacted and could increase to nearly 10% by 2050. Reducing inequalities in labor market activities, pay, and education in particular will stimulate such growth and job creation” (Economic Benefits of Gender Equality in the EU from the European Institute for Gender Equality (EIGE).

Fully applying a gender budgeting approach by integrating gender perspectives across all EU Funds cycles will ensure that:

Recommendations for the recovery plan

WEP believes that the EU recovery needs to have everyone on board in order for it to be successful. This includes the full participation of women, whose creative ideas and energy are sorely needed to help solve the problems that we face. According to estimates from a recent EIGE report (led by recently appointed Dutch Director Carlien Scheele), gender equality would lead to an increase in jobs in 2050 from 6.3 million to 10.5 million, thanks to the improvement of gender equality and the increase in the participation of women in STEM for 70% of these jobs, and a per capita GDP increase of up to 9.6% by 2050. The Netherlands would certainly also benefit and gain its share of this EU growth.

All governance, management and implementation bodies must include gender equality experts, with a focus on results to increase gender equality and improve the status of women. WEP continues to promote gender balanced budgeting and well-structured tax and gender policies and programs to support female entrepreneurship. Several studies have shown that reducing gender inequality has many positive effects, and leads to higher growth rates, better labour productivity, and more responsive governance. With gender budgeting, policies can contribute to achieving gender equality, and at the same time, improve the well-being of the population by increasing employment, through the recovery and beyond.

* This article is based on a paper by the Women Entrepreneurship Platform (WEP) for the G20 meeting to be held in March 2021. 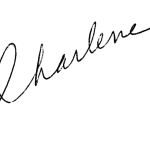 ← Networking Review: How to Work, the New Decade, 28 January 2021 Financial support for the self-employed during extended lockdown →