Is ‘Title IX’ for Inclusive Entrepreneurship coming to the Netherlands soon? 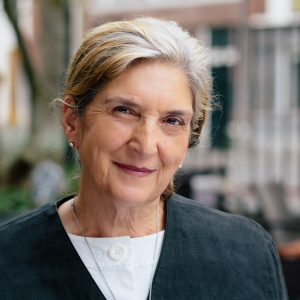 Many moons ago, when I was a student at a large public high school in suburban Chicago, I used to wonder about the sports programmes offered at my school. Why, I speculated, were all of the competitive sports programmes and some of the facilities and after-school activities only for the guys? Once, when I got up the nerve to ask about the weightlifting room, I was told that girls shouldn’t lift weights because our bodies would become too muscular! Our teenage world turned around weekly sports events and the boy heroes won the glory of prizes, popularity and university scholarships. However, not one of the sports events that I ever saw during the 4 years that I attended that school featured a girls’ team. At that time, my school was not unusual in this regard.

After I graduated and had already moved out of the country, Title IX was passed in 1972 by the US congress. This groundbreaking law states that:

“No person in the United States shall, on the basis of sex, be excluded from participation in, be denied the benefits of, or be subjected to discrimination under any education program or activity receiving Federal financial assistance.”

Other issues may remain but for the most part, if you go to an American school now, you expect to see that the funding programmes are gender balanced, that students all have equal access to similar equipment and facilities and that girls and women are able to join competitive teams. I recently learned that female participation in high school sports has grown from just 295,000 in 1972 to more than 2.6 million today. In addition, Title IX is also credited with decreasing the dropout rate of girls from high school and increasing the number of women who pursue higher education and complete college degrees.

The question is: What does this have to do with international women entrepreneurs in the Netherlands?

Fast forward to Europe in 2021! The WBII has for over 15 years been registered as a non-profit association and run completely by volunteers, providing a valuable service to support international women to start and run their own business. We regularly look for sponsors and partners to support our activities, the idea being that with some small core funding we could manage even better and ensure the longer-term sustainability of our organisation. Our requests to government agencies and some sponsors that could potentially be interested in our work have frequently been met with the response that ‘we treat everyone equally’, apparently unaware that the entrepreneurship ‘playing field’ is woefully unbalanced.

While the equality of US high school sports programmes is no longer a major topic of concern on my radar, women entrepreneurs are. Two new studies – one underway in the Netherlands, and one already completed in Brussels – remind me of Title IX, and I am hopeful that change is also coming to our ‘neighbourhood’ in support of more inclusive entrepreneurship.

Prosperity through an Inclusive Ecosystem for Entrepreneurship

A recent announcement on the Dutch government website shows that there is now recognition at the highest level that ‘The Netherlands is missing out on prosperity due to an insufficiently inclusive ecosystem for entrepreneurship’. Women and migrants (also internationals) are identified as two of the main groups that are lacking, and WBII covers both of them! These target groups are important because they represent a huge untapped resource, and they also are critical sources of new ideas and solutions to the problems we are facing.

The project announcement states that: “Entrepreneurship thrives especially in ecosystems that are inclusive, where stakeholders work together effectively at a regional scale. Existing institutions and organisations hinder access too much from specific groups (such as young people, migrants and women) to talent development, work and capital. As a result, entrepreneurship is unsatisfactory.”

Their definition of ‘entrepreneurship’ is also significant, which is described as: “…the valuable application of new combinations of knowledge and skills…which is essential for long-term prosperity.” Thus, the focus of entrepreneurship (and funding) is shifting from being only about high-tech startups, to the application of ‘new combinations’. The project team has set up a ‘sounding board’ representing the targeted groups to reflect on the ideas coming out of this study. I’m looking forward to hearing more about their work and to seeing some encouraging actions, including improved access to finance in support of inclusive entrepreneurship.

Special Report on Gender mainstreaming in the EU budget: Time to turn words into action

The minute I saw this second report, I immediately thought of Title IX and the huge impact it had on the lives of girls across the US, which also enforced the ‘gender mainstreaming’ of budgets for educational programmes, decades before this expression was even coined.

The Special Report is written by the European Court of Auditors, a prestigious organisation whose main concern is to ensure that public funding is properly used. The Report politely concludes that: “The (European) Commission had not yet lived up to its commitment to gender mainstreaming in the EU budget…” and goes on to provide a list of major deficiencies in the planning, implementation and evaluation of EU Commission programmes. These include, for example:

Even with these painful shortfalls, the EU has made some effort to support Diversity and Inclusion (for example, the Better Entrepreneurship Policy Tool and, after reading this report, I’m convinced that even more improvements are on the way. These changes will set benchmarks and show best practices at the EU level, which will filter down to national governments and tie access to EU funding to improvements at the national level. Dutch universities are already working hard to rectify their D&I policies and programmes to meet EU requirements.

Inclusive entrepreneurship is on its way

These two studies are like a telescopic lens into the near future showing us what is hopefully on the way for our own ‘Title IX for inclusive entrepreneurship’. Because of this, we should be seeing more interest in associations such as the WBII, and in our members. We should also see improvements in access to finance, innovation and networks for entrepreneurs and start-ups. I’m now more optimistic than ever that there is recognition for the much-needed improvements necessary to level the playing field in support of inclusive entrepreneurship in the Netherlands.