What differentiates one network from another? 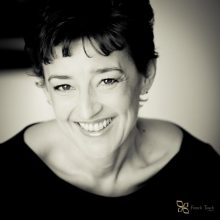 Not long ago I was interviewed for Expats Haarlem, and to the question asking for ‘Useful resources for expats’ I answered: “When you first arrive somewhere attend every club outing, meeting, coffee morning, reception …and then, and only then, identify the ‘tribe’ you need to move forward.”
When I reread the interview I wondered, what I meant by that – by tribe, or rather, did others have same perception, understanding as I? The obvious meaning, of being linked by something common, was self-evident – but I felt there was more which could be said.
In the same week I was also asked, as I often am: which network should I join? What makes this or that one different from the other?
While not entirely sure what I have answered on differing occasions, the question remained with me; and morphed with my contemplation on the meaning of ‘tribe’.

My tribe, you, the WBII

When reflecting on my answer in the interview, the first tribe I thought of, as mine, was the WBII. Which, since it is a network, led me to consider what differentiates one network from another?
Why, I wondered, is the WBII what it is, and different to others?
Because it is my tribe I answered myself (ensuring this conversation took place in my head, and not out loud – which does happen from time to time).
And, so, as I am often led to do, I tried to think of it as an acronym and jotted it down on some scrap of paper – where most of my ‘ideas’ end up, or are launched from.
It took me all of 3 minutes. It was just there at my fingertips. Since then I have been trying to put these thoughts together into a ‘story, and then not long ago, a former member of the WBII, but still a member of my tribe, posted this video ….which simply captured it all.

My networking story – finding my tribes

In the course of my professional, as well as personal life, networking has been a central feature.
Growing up as the daughter of diplomats this should come as no surprise: networking (otherwise also known as cocktail parties) was par for the course. It was a necessary feature when arriving in a new country – and finding one’s feet – to get out there and meet, and talk to people, lots of people – gathering and sharing information, building connections.
It is therefore little surprise that when I entered the world of entrepreneurship I was a natural at networking, and joining a network was a self-evident fact. Duh, I was entering new territory so I had better get out there and find my feet by talking to people, lots of people – gather and share information, build connections, find my ‘tribe’ as I mentioned in the Expats Haarlem interview.

Before starting my business, when I returned to the Netherlands after having been away for 8 years, I applied the same approach as I had when arriving in a new country, but since cocktail parties were in short supply, I joined networks.
Each served differing purposes, each tribe suited to the challenge and need at the time.
Each corresponding network, where there was one, differently engaging – though in truth, the ones that were ‘less’ so were also the ones I gave less to.
Proving what I always say – the more you give to, and in, a network, the more you will benefit from it. Same can be said of tribes, more we participate, give the more we receive, benefit.
So, what does differentiate one network from another?
For me, a network which sustains a TRIBE is what makes the difference. Otherwise, well, it is just a cocktail party, though there is nothing wrong with that.
Want to know what I scribbled on that piece of paper? …but then presented a little more elegantly (thanks to canva.com)?

PS This blog raised a few other interesting thoughts on Tribes ….but, these will have to wait for a next instalment.

Deborah Valentine is a seasoned expat, active net-worker, long-term member of WBII and English language copywriter who also spends her time working with and leading ACCESS. She is also the Editor of The WISE.